Amazon launched a new crowdsourcing initiative earlier this week called Kindle Scout.  Authors can submit previously unpublished books into the program and Amazon then gets a 45-day exclusive with that manuscript.  A sample is made available to Amazon account holders and readers then effectively vote on the books they like best.  The so-called winners get a publishing contract with one of Amazon’s imprints.  I’ve submitted Rogue Faction Part 1 into the program.  You can find it here: https://kindlescout.amazon.com/p/2XMSEJY3JFKJ6.  Read the sample.  Give it a vote if you like.  The program will be ongoing—I’m in it through November 27th, 2014 with this submission.  Users can vote for 3 books every 30 days.  When the month rolls over, you can vote for another 3 books.  It’s an interesting experiment in crowdsourcing.  Amazon is essentially using its customers to help surface the books that readers like best.  Then it awards those authors a publishing contract. 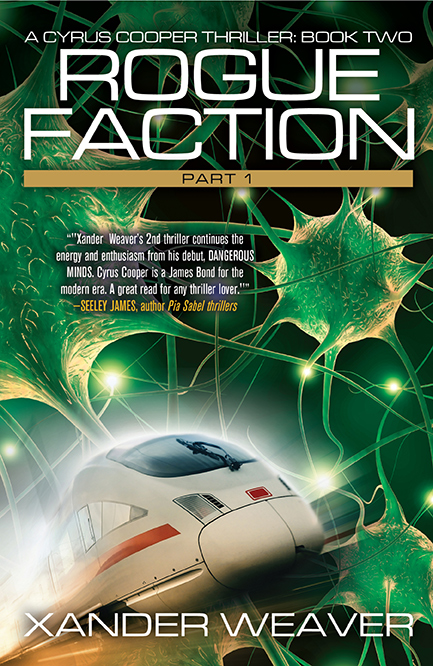 Though not immediately obvious, there are different versions of the Scout website.  One for the United States and one for the United Kingdom that I know of.  There may be others for other geographic regions.  That’s truly a shame.  It means that friends and fans outside of your home region won’t be able to nominate your book.  They won’t even be able to read the sample!  As far as I can tell, it’s only possible to submit a given manuscript to the author’s home region.  For example, since I’m a US resident, I can’t get my book in the UK’s version of the Scout site.  That’s disappointing for me, and it’s disappointing for friends/fans who want to vote from the UK.  Having those readers miss out on the ability to preview my book is doubling disappointing for me!

I’m on the fence when it comes to the terms awarded to the so-called winners.  There’s a $1,500 advance, and then the author gets 50% of the royalties from the book.  That’s 50%, down from 70% common to self-publishing through Amazon (assuming the book sold for between $2.99 and $9.99).  In trade for the 30%, Amazon will, in theory, advertise the book.  If Amazon doesn’t mess around and does a respectable job of promoting the book, it could be a win for the author.  If Amazon pulls out all the stops, the contract could be lucrative.  But it’s still a gamble.  This is a new program on Amazon’s part and right now surprisingly few people of even heard of Amazon Scout!

But even if an author doesn’t “win,” there are potential benefits for participation.  Participating puts the sample of your book in front of more eyeballs.  How many people are likely to read it?  It’s too soon to tell.  And Amazon isn’t likely to share real world numbers.  But while the program requires submissions to be “never before published manuscripts” of 50k words or more, the work doesn’t have to be the first in a series.  In my case, I’ve submitted book #2 in my Cyrus Cooper series: Rogue Faction Part 1.  In theory, its inclusion in the program will have a halo effect that’ll bring visibility not only to my name as an author, but to book #1 as well: Dangerous Minds.  In that regard, I might see more benefit from participating in Kindle Scout, particularly if I don’t “win.”

That added visibility could be a big deal.

Plus Rogue Faction Part 1 is a finished manuscript.  Part 2 is with beta readers right now.  It’ll be off to the editor before Part 1 has left the Kindle Scout 45 day exclusivity window.  So whether Amazon picks up Part 1 or not, I’m in a position to leverage any attention I can gather in the short term.

There are a few other things to consider.  If Amazon picks up a manuscript as part of the Scout program, the contract is for 5 years—and it’s auto renewing.  If the book hasn’t earned $25k in royalties after 5 years, the author can choose to stop publishing with Amazon.  If, after 2 years, the book hadn’t earned $500 in royalties in the previous 12 months, the author can terminate the contract with Amazon.  And of course, it’s important to keep in mind that the $1,500 advance is in fact an advance.  That means that the first $1,500 that your book makes (at a 50% royalty rate) are already paid in advance.  The book has to sell the requisite number of copies before the author sees the next royalty payment.  Amazon gets the rights to the audio book as well.  The author retains rights to any print versions of the work, which is actually very nice.

So, while only time will tell whether the publishing contract is the ultimate prize here, I think the eyeballs an author stands to gain while the manuscript has its preview read by voracious readers is the immediate value of the program.  Beyond that, only time will tell.